Market Commentary
“In the middle of difficulty, is opportunity.” -Albert Einstein

We’ve spent much of 2022 working off the fiscal and monetary excesses of the pandemic economy; excessive amounts of cash creation/distribution (M2 money supply), excessive lengths of time with suppressed interest rates while prices spiked, and excessive purchases of speculative asset classes such as cryptocurrencies, fungible tokens, high multiple stocks and, yes,  even long-term bonds.  Actions needed to thwart those excesses are being taken, and while those have caused some near-term pain, they are crucial for long-term stability. Like the quote above, we remain believers that prosperity will follow this recession. And while the status of an “official” recession won’t be known until the National Economic Research Board (NERB) makes their conclusion, the stock market has cast its’ vote.  The current economic debate isn’t about whether we are in a recession, but rather how bad the recession will be. Will the Fed lead us to a “soft landing” with their widely broadcasted pace of rate increases, or will we have a ”hard landing” with a longer, deeper recession?  The soft option would of course be the preferred choice, but is that realistic?

The data continues to show a mixed bag on where our economy actually stands.  After two straight quarters of negative GDP growth, the Q3 GDPNow estimate (a “real time” measure of GDP from the Atlanta Federal Reserve Bank) sits at +2.4%.  This would be a welcome bit of good news- if that increase materializes.  Meanwhile, there is still signs of lingering underlying economic strength as unemployment remains very low, wage growth is reasonably strong, and consumers continue to spend accumulated cash on big ticket items- largely those unavailable during lockdowns.

The inflation data is also conflicting. Some inflation measures have modestly ticked down, with Headline CPI declining from 9.1% for June to 8.3% for August. But Core inflation, which carves out more volatile items, has ticked up due to persistent rent increases.  The price of oil is very far down from its marks in March, and this has provided relief at the pump, but recently prices there have begun picking up again on the heels of a proposed OPEC production cut.  Meanwhile mortgage rates have spiked higher, and housing prices have begun to reflect that cost increase.  30-year fixed rates have climbed from 3% in January to recently touching 7%.

This situation has elevated debate about whether the Fed needs to maintain its aggressive stance toward rate increase. Much like Ross from Friends trying to get his couch up the stairs, some high profile economists are screaming “Pivot!” to the Fed, warning of a rate increase overshoot. Any hints of a Fed pivot have rocketed stocks higher, however those have been quickly countered by the Federal Reserve Board of Governors who have been clear that their job is not finished.  In a world where the market rallies on lower rate expectations, bad news is good news for stocks and vice-versa. However, time and again the pivot has proven to be the current version of Ahab fruitlessly chasing the white whale, and any related market rallies have been quickly snuffed out.

Much as the data has been mixed, so were the markets this quarter. The S&P 500 stock index rallied almost 14% from June 30th to mid-August on speculation that the Fed might really “Pivot!”, but then that rally lost steam as Powell reiterated a commitment to squashing inflation first.  The aggregate bond index rallied up about 3% from the June 30th level by early August. Again, those gains were fleeting as the Fed held strong.  The S&P 500 stock index ended the quarter down 5%, bringing the year to date drop close to a full 25%. The aggregate bond index finished the quarter down about 4%, bringing the full year to date losses to around 14%,  an astonishing number and one without historical precedent.
Amidst the uncertainty and gloom, it’s important to note that invested assets do not rise and fall in unison.  We at Cutler have held a bias towards shorter duration bonds and high quality, often Value-style stocks for years now.  This admittedly caused some relative drag in recent years as zero rates and heavy speculation goosed up riskier asset classes, but now we are seeing the benefits of staying disciplined and not chasing returns in positions that seemed then, and have proven out now, to be very overpriced.  For the year to date, the Value index of large stocks (Russell 1000 Value) is down roughly half as much as the comparable Growth index (Russell 1000 Growth).  In bonds, short bond indexes have lost roughly a quarter the amount of a very long bond index that has been very popular in recent years.

We are seeing year to date losses in our core strategies significantly lower than those of commensurate broad indexes by risk level.  Losing less has still meant seeing drops in value this year, and as the old saying goes “you can’t eat relative performance,” but there is upside to mitigating downside. Ken Cutler used to say, “Our clients don’t want us to make them poor, trying to make them rich.” This year we’ve seen that philosophy in action.

While there are always reasons to sell stocks, there are a few historical footnotes that are encouraging for long-term investors. First, stocks have a very strong record after midterm elections, having gained in each of these years since 1940 (source: Yardeni Research). Second, stocks have an excellent record of returns after periods of 20% losses such as what we’ve recently witnessed. And finally, the drop in stock values has brought valuations much more in line with historical averages, with the S&P forward Price/Earnings ratio coming down from almost 22 a year ago to 15 now (source: JPMorgan).  For bond investors, the increase in interest rates means that even short bonds can provide roughly 4% yield.

Looking forward, there will be no shortage of impactful events.  These include the midterm elections in November, monthly inflation reports, GDP readings, rate activity by the Fed, aggression in Ukraine, policy action in China, and both political and economic activity in Europe at the individual country and aggregate regional levels.  Debate will remain heated about recession and the economic impact of rate increases, but there will also be opportunity to benefit from holding high quality positions.  There has never been a time when market risks are non-existent, so the question is how best to position for the environment to come.  We feel comfortable with our positioning and are always looking for ways to add value as world events unfold.

Asset Class Review
The third quarter provided more negative returns for stocks, though the drops were not as dramatic as the prior period. Two sectors of the S&P index managed to post gains (Consumer Discretionary and Energy), and the aggregate index lost roughly 5% for the full quarter. The Growth style outpaced Value for the quarter, though Value has lost far less for the full year to date.
Bonds also broadly saw losses in the period, and yields climbed to levels not seen for years- and in a few instances for decades.  The 1-year Treasury crossed the 4% mark, the 10-year reached 4% before crossing back under, and the 30-year also briefly crossed the 3.8% yield mark. We do not expect for rates to continue increasing at nearly the same pace they have so far this year, and we will actually look to increase duration over time, particularly if a mild recession becomes more accepted as base case reality. The High Yield (aka Junk Bond) index had a smaller loss than the aggregate bond index for the period, but given the much higher default risk we do not see much upside in that space relative to higher quality positions.

Alternatives allocations have continued to show value in this difficult environment as a true diversifier and downside mitigator. Our standard “alts” recommendation, the Goldman Sachs Absolute Return Tracker fund, has shown strong protection relative to both stocks and bonds this year, and continues to benefit from its ability to hold short positions, currencies, and other unique positions.

Oil futures saw a sharp drop in price, as noted earlier, but we are now starting to see signals of some price increases. Agricultural commodities again provided a mixed bag of results, with lingering concerns about the drag from weakened European output related to the Ukraine invasion.  Gold continues to show that its reputation as an inflation hedge is over-hyped, with the metal down almost 10% for the full year to date even while inflation remains near generational peaks. Bitcoin has also lost appeal as a possible inflation hedge, and tracks more like a high volatility Growth stock.  Its price has dropped over 70% from the late 2021 peak, though it has shown very modest signs of price stability later in the third quarter.
Foreign developed stocks continue to be dragged by political and military events in key markets, plus the drag of being converted back to very strong dollars for performance measurement.   Both the broad Developed Market and Emerging Markets indexes started the period with reasonable gains before seeing those erode from a combination of factors both within and outside of the markets themselves. These classes are still trading at valuations far lower than the U.S., and we continue to advocate the benefits of including them in broadly diversified portfolios.


Past performance is not indicative of future results. Strategies referenced herein may be materially different than actual positions held in client accounts. Different types of investments involve varying degrees of risk, and there can be no assurance that any specific investment or strategy will be profitable or suitable for a particular investor's financial situation or risk tolerance. Investing involves risk, including loss of principal. You cannot invest directly in an index. Asset allocation and portfolio diversification cannot assure or guarantee better performance and cannot eliminate the risk of investment losses. Neither Cutler Investment Counsel, LLC nor its information providers are responsible for any damages or losses arising from any use of this information. 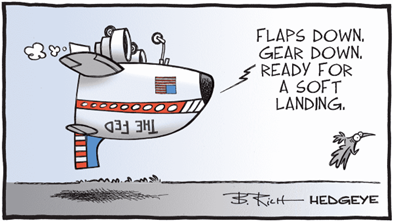 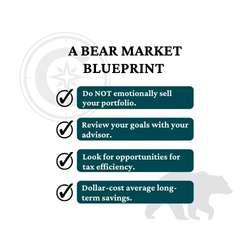